I applied for UK Tier 1 visa in 2009 from Pakistan. All the information in my application was correct and confirmed including my salary. The salary deposit into the bank account were also confirmed with my bank and acknowledged in the decision letter. However, unbeknownst to me the visa agent I was using to prepare the package had decided to copy and paste my company's signature and stamp on otherwise completely authentic payslips (the original payslip was computerized and did not have signature and stamps). This is why my case was rejected. I even have an experience letter from the company confirming my experience however I didn't go for administrative review because the company refused to support me at the time (they thought I had forged the signatures).

My rejection letter did not make any explicit mention of a ban or automatic refusal for the next ten years however it did say that my biometric records will be kept for 10 years.

Now I'm based in US and my employer here wants to invite me to London to their headquarters for 6 week training. I need to apply for standard visitor visa but am not sure if I am banned or not. How can I check? 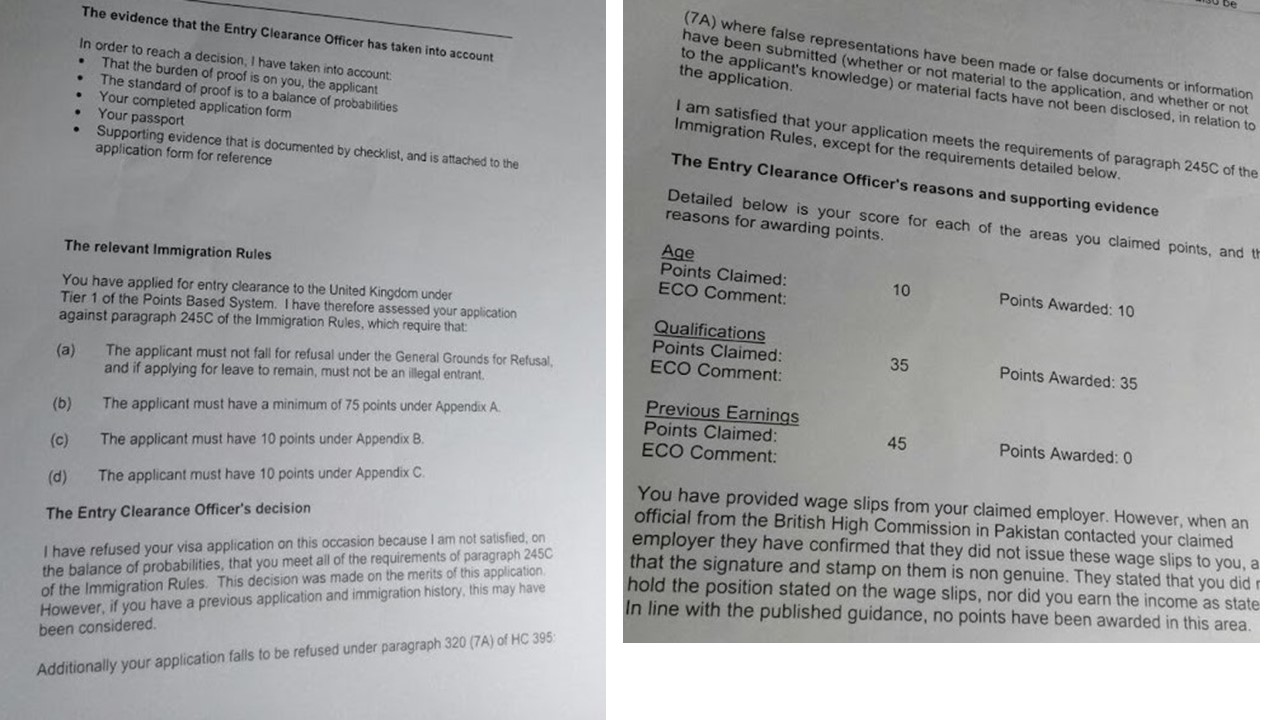 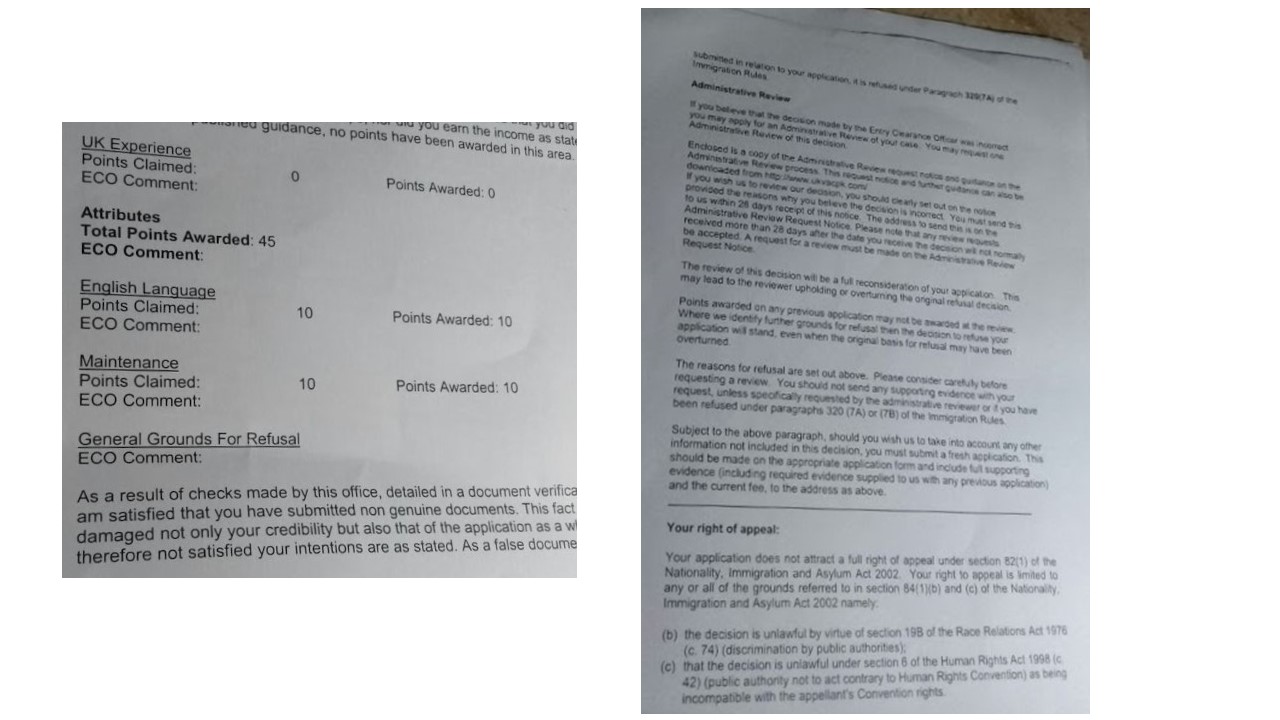 You do not have a ban: paragraph 320 7a does not attract a ban, as acknowledged expert on the subject @GayotFow commented when you first asked on sister-site Travel Stack Exchange.

That said, a UK visa refusal under 320(7A) (deception) is serious and the refusal is one which you are obligated to disclose, when asked in subsequent visa applications to any country.

An @GayotFow response to a very similar query may cover what you ask here (excerpts, with author permission):

You presented a false document and were refused under Part 9 of the Immigration Rules, specifically Paragraph 320 (7A)...

This is a grave event in a person's immigration history. The UK abhors deception and treats it as an affront to their national character. Accordingly, the applicant's credibility is shot to Hell and getting another entry clearance is virtually impossible. Essentially it requires a judicial review lodged by an organisation like the JCWI and they have a backlog that goes from here to John O'Groats. The time window to lodge one by yourself has expired.

Perhaps it was your fault, perhaps not. It doesn't matter. Everybody in the world says it's not their fault when they get caught, and the Tribunal is numb to that argument. Deception occurs when a forged document is presented and they do not care 'whose fault' it is ("...whether or not to the applicant’s knowledge..."). Even if the employer comes forward and admit that they lied in a sworn statement, it's still your fault. Honestly, they get really upset about forged or fraudulent documents and they never forget it.

And 7B spells DOOM. Under this Paragraph, the ECO has the option, but not the obligation, to impose a ban. Maybe he will, maybe he won't, but the risk is usually unacceptable unless the applicant is represented by an established solicitor with a nationally recognised practice area in representing clients who have been refused for deception. There are about 5 of them and they charge fees that are heart stopping, well over a year's salary for the average Indian national. If your new company will step up to the plate and instruct one, that would be great. Visit the Law Society or ILPA to locate one.

[A] solicitor with an established practice area in Paragraph 320 (7B) will know what to tell them. It's their job to think up exculpatory language and to put it forward in an eloquent way, it's how they make a living. I don't know of anyone who regretted instructing a member of the Law Society to unsnarl something.

Technicality: the 10 year ban was created in 2008, so we do not have the field experience of knowing their policy for what happens to an applicant when their ban has expired. We can start finding out in 2018 when the first person who was banned for deception (a spouse who had separated from her husband and didn't declare it to the IO) tries to apply. Currently it's unknown.

Not the answer you're looking for? Browse other questions tagged united-kingdom visa deception or ask your own question.

2
My uk visa got refused
5
France long stay student visa refused 3 times without any reason by French embassy New Delhi
8
Refused twice for UK visa, second time under 320(7A) (deception)
4
Applying for critical skills visa to South Africa after being declared undesirable for 12 months in 2014
0
Tier-2 ICT refused under 320(7A)
0
I am Self Funded applying for Tier 4 Student Visa, how to avoid rejection?
0
UK Standard Visit Visa for On-site Interview