What is the non-literal meaning of the book title “Kom hier dat ik u kus”? [closed]

Ask Question
Asked 2 years, 10 months ago
Active 2 years, 9 months ago
Viewed 90 times
1
Closed. This question is off-topic. It is not currently accepting answers.

Want to improve this question? Update the question so it's on-topic for Expatriates Stack Exchange. 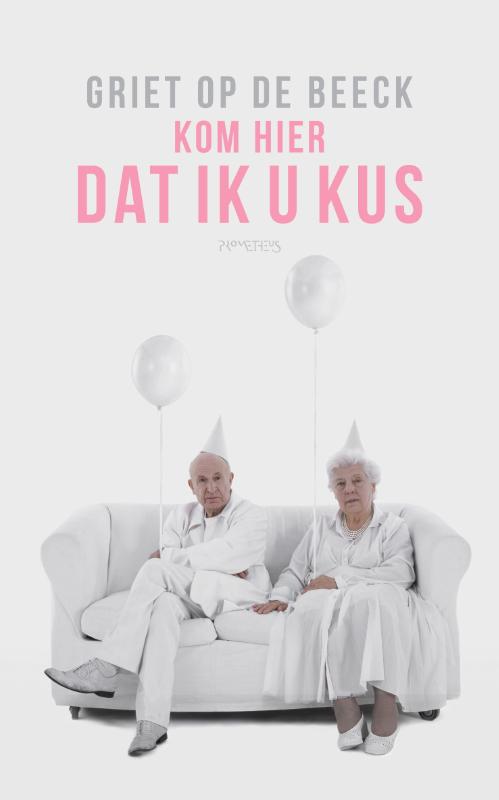 The title's literal meaning seems to be "Come here so that I may kiss you". I haven't read the book (nor can I with my poor Dutch), but I get the sense that this is some cultural reference - perhaps a children's game?

Help me solve this riddle.

Scholieren offers an explanation of the title of this semi-autobiographical work by Flemish dramaturge Griet op de Beeck (English courtesy of Google translate):

Come here that I kiss you Flemish: in Dutch we would say: come here, I want to kiss you (in Flemish everybody is called you). The title comes back late in the story: Louis says it to Mona after they have argued and he wants to show her that he loves her. Mona, however, has heard this phrase much more often: perhaps not in so many words, but it is characteristic of the relationships she has or has had with the people around her. Come here that I kiss you means that Mona has always been obedient, always trying to make people happy and always has been relentlessly turned into something, for example to get rid of if she was angry.

Not the answer you're looking for? Browse other questions tagged netherlands culture or ask your own question.

5
Renunciation of original nationality in the process of becoming a Dutch citizen
4
Putting my 14-year-old son in school when moving to to Amesterdam from Sweden
2
Argentinian working remotely for the US by contract, trying to move to The Netherlands, but how?
9
Dutch citizenship by naturalization regulations
1
What does a non-EU citizen (German residence permit holder) require to live in the Netherlands?
3
Does a non-EU spouse of an EU citizen living in Switzerland need a work permit to work in the Netherlands?
11
How can I have my child born in Australia without going bankrupt?
1
Netherlands: EU Proof of Entitlement to Residency Status and Verification Against EU Law (2004/38/EC)