Can I apply again for a student visa after a refusal?

I had an interview about 2 years back for the student visa for the USA from Nepal. At the time, I trusted the consultancy and it gave me the I-20 telling me that I am admitted to the college and went to the embassy for the interview. There, I found out that the I-20 was fake and they interrogated me and the consular officer told me not to apply again. Does that mean I am permanently banned?

I had not got admitted to the University, the consultant told me I was but in reality I wasn't the I-20 he gave me was the fake one and I found out that at the time of interview and told the security officer everything and gave the cell number of the consultant his mail address and they let me go. At last I asked the consular officer that if I can apply again or not, he said don't

They gave me the paper of refusal, I think everyone gets that after getting rejected. I am planning to try for the ph.d now and its been about two years but worried about the consequences. 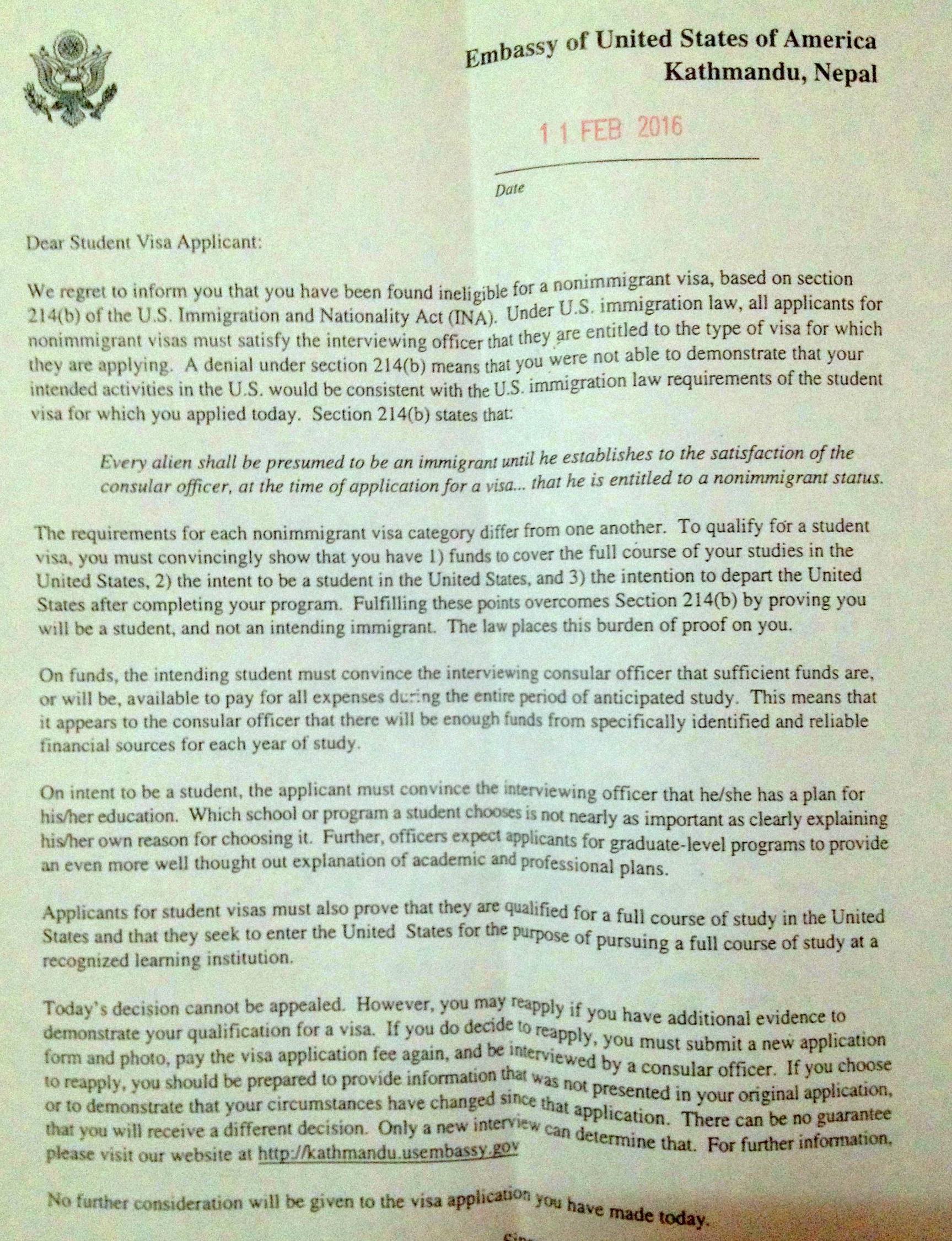 I don't think this can be the basis for being permanently banned because you were cheated by your counselor. I would suggest that you get admitted to a legitimate university this time and try again. Also, be careful to be completely open about your previous refusal and don't try to hide the facts of the case.

Not the answer you're looking for? Browse other questions tagged usa student-visa refusal nepal or ask your own question.

0
Can I apply again for a student visa and what are the chances?

1
Can I get NL Student visa after UK visa refusal?
5
Barred from the US for 10 years for unlawful presence, but have been traveling in and out of the country via the ESTA waiver program
4
Evidence to bring to the second immigration interview after a 10 year ban?
0
Can I apply again for a student visa and what are the chances?
1
Re-apply for UK tier 4 student visa
0
Fingerprints not Taken for Spanish Long Term Visa