Can a non-resident UK citizen use a foreign driving license inside the UK?

I'm a UK citizen but haven't been a resident there for ten years.

I passed my driving test in Thailand. Can I use my Thai license when I visit the UK for holidays. I spend only 30 days or so in the UK each year.

The results of this questionnaire are below: 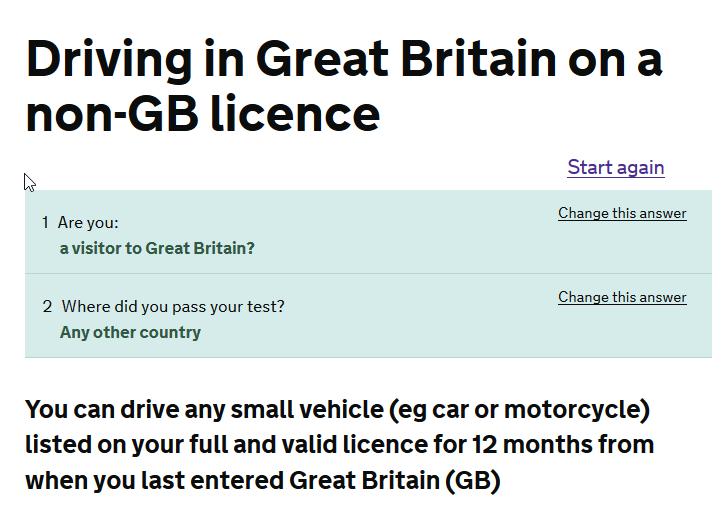 I have lived in Thailand for 14 years, and my UK driving licence expired in about 2010. In 2014 (my UK licence was well and truly expired by then), I visited the UK and was able to hire a car using my Thai driving licence. I had gone to the trouble of getting an International Driving Permit in Bangkok, just in case there would be any problems from not having one, but was informed that the IDP mostly serves as a translation of a foreign licence into several languages, including English.

Since my Thai licence has 'Driving Licence' written on it as well as 'ใบอนุญาตขับขี่' the person at the hire company said that I did not need the IDP.

So I was able to hire a car and drive in the UK, using my Thai driving licence, as a UK non-resident citizen visiting the UK.

For absolute peace of mind, you might want to consider getting an International Driving Permit as well, but as long as your non-UK licence has English on it you should not need an IDP.

Not the answer you're looking for? Browse other questions tagged united-kingdom driving-license or ask your own question.