Can anyone tell if an EU driving licence has been exchanged from a non-EU country?

Once you have exchanged (converted) a non-EU driving license (before 1993) to a French driving license, can anyone tell if it has been exchanged? Can you then exchange with another EU country's license without informing them of the original non EU license?

It is an older paper license and I can’t see any mention of the country of origin on it.

Yes, normally they can tell that the license is exchanged because there is a mention at the back, on the bottom part, (at the very least, for the new, credit-card format licenses) with a code indicating the country that originally issued the license. It looks a bit like this on my exchaned French license (my own picture, I deleted out some details, but I left the part with the country code): 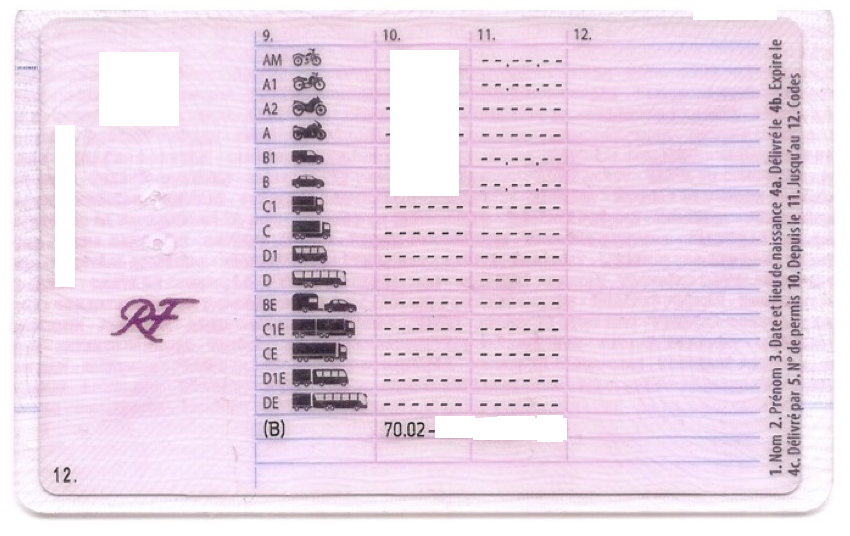 Another example (Reverse of Portuguese driver’s licence showing the number of the previous non EU license): 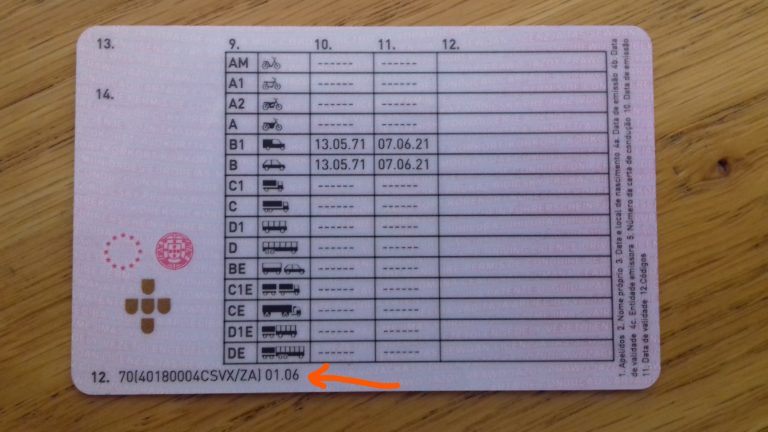 So I believe that either Column 12 or Row B on the back is the place on your license that mentions whether your license was exchanged and which country originally issued it.

Check out this post that shows an example of someone who tried this (US license -> German license -> French license): Ohio>Arizona>Germany>France driver's license conversion?

And my own EU driver's license that was exchanged from a non-EU country.

Not the answer you're looking for? Browse other questions tagged france eu driving-license or ask your own question.

10
Ohio>Arizona>Germany>France driver's license conversion?
5
International money transfer online from a French bank
5
Driving car in France on non-French driving license
1
How long can a F-1 Student drive in the US with an Indian License in Maryland state
0
Exchanging UK License for German License (but with a twist)
8
Can I ask my home EU State for a duplicate licence if it has been taken by another Member State?